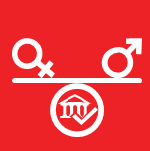 Highlights 2017
82 different government institutions monitored were using social accountability 16,870 women and adolescent girls were empowered through SheCan activities 20,686 community members were reached through various PSTC outreach programs which empowers community to fight against gender based violence and enhance transparency and raises awareness about rights of people

Brief on Projects under GAG

PSTC has been implementing the project Creating Spaces from October 2016 and will be continue till March 2021 with the support of Global Affairs Canada and Oxfam. Reduce violence against women and girls and reduce prevalence of early and force marriage is the goal of the project. PSTC has been implementing the project at 12 Unions in Sadar, Bhanga, and Modhukhali upazila under Faridpur district from February 2016. Total number of targeted household is 71652 around the project cycle. Total number of direct beneficiary is 7500. During the reporting period PSTC trained 5000 community members to act as ‘change agents’ to engage in a process of critical reflection; build capacity on effective local accountability (community safety/neighborhood watch); improved positive attitudes and behaviors modeled by influencers and youth in support of social norms to prevent VAWG and CEFM. 60 women were increased economic skills, knowledge and capacity among women and girls who have experienced violence.

To improve environmental health and create social awareness, positive attitude and behavioral change on reducing violence against women The Women Empowerment (WE) project in Chanpara, Kayatpara, Rupganj, Narayanganj has been working since 2016 and will be continue to 2018. PSTC with the Development partner ActionAid Bangladesh and Donor Kadoorie Charitable Foundation is trying to bring sustainable development in the following areas; safe water, sanitation and hygiene practices and adequate drainage systems. During the reporting period WE team has installed pumps in accessible locations, Renovated and maintained 9 public toilet blocks, Implemented solid waste management systems by providing garbage vans in 5 clusters and Constructed drains in Cluster 4 and 5.These are the physical initiatives. On the other hand part of soft skills and knowledge the team has trained 50 community member representatives of all Clusters on construction, usage and maintenance of public health infrastructure, gave information to build knowledge on gender-based violence and family laws among 975 direct beneficiaries (female: 480; male: 495) and 1,400 indirect beneficiaries (female: 686; male: 714), Raised mass awareness of gender issues and violence against women among 150 youth (female: 74; male: 76) in schools and 1,400 community members (female: 686; male: 714), delivered advocacy workshops to local government and legal aid organizations for improved public services for preventing and readdressing incidences of violence against women, provided training on income generation and marketing methodologies, and create linkages with Government employment and entrepreneurship schemes for marginalized men and women. The idea behind these initiatives was, through motivation and encouragement people can take initiatives to develop their own area and Innovative ideas can enhance community people’s skill and knowledge in better way.

Case Study: Ayesha wants to be a cricketer

HSHIWE project has a campaign program to encourage the adolescents of the community. As a part of this campaign WE team arranged a

cricket match, a football match and a poster competition. The adolescent girls trained by the adolescent boys named Lemon, Hossain, Shohag Gazi and Mamun. After one month practice adolescent girls were doing well and they gave us a wonderful match.  After the match one adolescent girl Ayesha was very much encouraged and fill-up the form of BKSP. BKSP is a nation renowned institution for sports. Ayesha passes three stages very successfully but unfortu nately she fails in the final stage. But she doesn’t break-down. She will try in next year.   She is the daughter of Rokea Begum and Md. Abul Mia in 5 No block of Chanpara. She has two brothers and one sister. Now she wants to be a female cricketer and her mother and father encourages her

PSTC has been implementing a three year SHE CAN project with vision of a city safe for women and girls from sexual violence and fear of sexual violence in public spaces with an emphasis of women and girls enjoy their rights. PSTC has implemented the four years project from November 2014 to October 2017 with the support of ActionAid Bangladesh in urban slums of 6 divisional cities: Chittagong, Rajshahi, Rangpur, Sylhet, Barishal and Khulna and in addition 5 slums of Narayangonj city. The project works with both rights holders (women and girls, men and boys) and duty bearers (service providers and decision-makers) through implementing different awareness sessions, trainings, workshops, and seminars to reduce violence against women. To make policies and services more gender responsive, policy advocacy with different level of stakeholders was accomplished in the reporting period at local and national level. It was found that women and girls possess increased level of awareness and knowledge about their rights and improved self-confidence and courage to protest VAWG. It is evident that now women and girls can go outside home independently without or with limited fear more often than they could do before the implementation of the SHE CAN project. The project reached to 9835 women and girls in the year 2017 in 7 divisions through campaigning initiatives. Mid Term Review found 48% women and girls know about the referral pathways for reporting VAWG mechanism, which was only 2% in baseline. This shows an increased level of knowledge and practice of project participants. As a part of the advocacy initiative of SHE CAN project, the Community Watch Groups (CWG) have submitted 13 memoradum to duty bearers for fulfilling their necessary needs related to GRPS. Thus people specially women and girls can access to toilets and supply water, enjoy the services as citizen of City Corporation. Media has a great role in raising awareness and changing attitude of people. 5 television channels and national newspapers were mobilized to involve with the project in this year. They aired and showed news, reports, issue based talk show, drama and published event news and awareness raising messages which is a great success of the project.