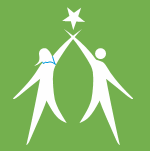 The Unite for Body Rights (UBR) program objectives are to increase knowledge and information on Comprehensive Sexuality Education (CSE), Increase access to Youth friendly SRH Services for the youth and adolescents and reduction of Sexual and gender-based violence. At present PSTC is working work in Gazipur and Chittagong city to reach students and adolescents from 68 schools colleges and madrashas as well local communities. Among the 12 targeted areas/ Upazilas of UBR, PSTC is covering Gazipur Sadar Upazila (3 unions and 14 wards of GCC), Chittagong City Corporation (10 wards of CCC) since January 2016 targeting adolescent and youths within the age bracket 10 to 24 years.

In this reporting period 47,433 health services were provided to adolescent and youth those were also received 10,815 counseling on Puberty, SGVB, Psycho-social, tele-counseling and others issues through YFS centers.

“Nodi” (pseudonym) lives in a rented house at the Bason community with her family. She lives there with her parents including two sisters and a brother. Nodi is the elder among all the child of her parents. Her father is a private service holder and mother is housewife. She is currently (in the year 2017) 10th grade student and studying at regular school. UBR project have had a youth center in Kawltia union, Masterbari, Gazipur at PSTC training complex premises. Hosna was the Youth Organizer of the UBR project on that time when Nodi studied in 9th grade in 2016. Through Hosna she got the information’s about youth center’s activities. In youth center- there were Youth Forum Meetings and Study Circles on every Saturday. She also heard that in community, youth organizers organize sessions on the topic named “Me and My World” to enhance knowledge about Comprehensive Sexuality Education (CSE). Through Hosna, Nodi (pseudonym) became a regular member of the youth group in the CSE-SRHR session under the title “Me and My World” and regularly joined the session. She listened to the discussions and activities she had undertaken the CSE-SRHR sessions and had many questions about various issues in the session, knowing the right information and the answers along with the SRHR exercises. Suddenly the Nodi’s father decided to get her married with an abroad return person. When Nodi came back home from school she got to know that her marriage was almost fixed with that person. She decided to discuss this issue with Hosna. She communicated with youth organizer Hosna and she discussed with her parents about the harmful aspects of child marriage and the laws of child marriage and punishment issues those were also related to child marriage. Hosna also discussed the issue with Youth Organizers from Youth Center. In the next session of “Me and My World” they told about the laws and punishment of child marriage, child marriage is a legal offense, the child (guardian) who will marry child marriage will be fined or jailed, in presence of Nodi. Later on, Nodi was able to explain to her parents about the laws and punishment of child marriage and protested that she would not marry at her childhood. And she emphasized that if her parents would not accept this, then Nodi would take shelter of law and keep fighting against it. Hosna kept courage Nodi by telling her if Nodi needs, she would go to the police station for further help. Finally, her parents couldn’t bear the struggle and tears of their daughter anymore and they got understand that child marriage is a legal punishment, so they forced to break the marriage. Now, Nodi’s life is free from child marriage.  Here and now, Nodi cooperates with UBR’s project program and in overall UBR project activities as youth.

2.SANGJOG – A program for better SRHR for young people vulnerable to HIV in Bangladesh

SANGJOG, a program for better SRHR for young people vulnerable to HIV in Bangladesh, is a partnership initiative of Population Services and Training Centre (PSTC) and Population Council (PC) with the support of Embassy of the Kingdom of the Netherlands. It is a 2-year project has been implementing since December 2016 and will be continued till December 2018. The project is covering seven districts of Bangladesh namely Dhaka, Gazipur, Chittagong, Cox’s Bazar, Jessore, Kushtia and Dinajpur. 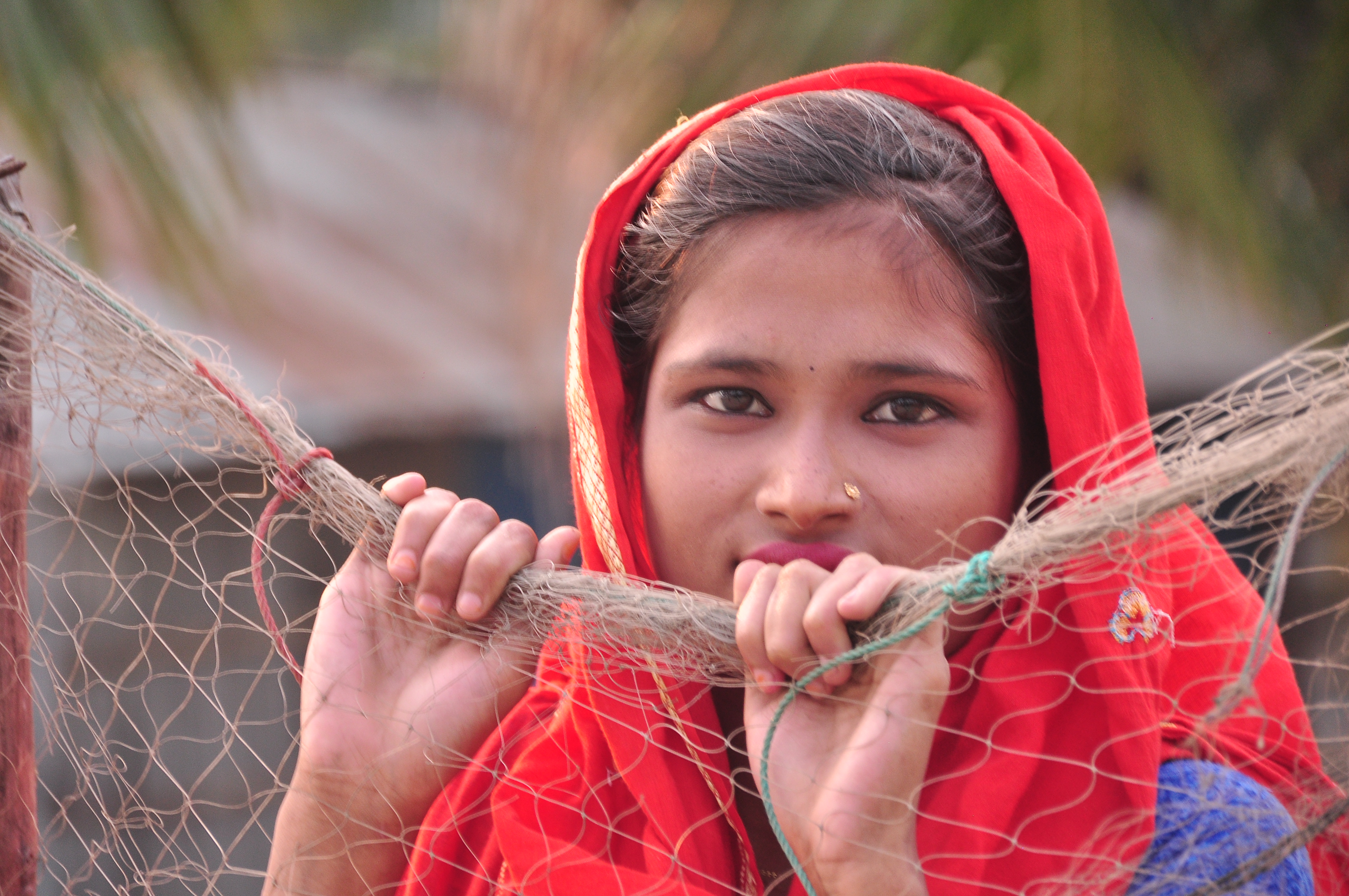 The overall goal of the project is to increase the Sexual and Reproductive Health and Rights (SRHR) to vulnerable young key people in Bangladesh through increasing better sexual practices and utilization of SRHR services by young people aged 15 to 24 years among the target groups of transport worker, pavement dwellers/street children, floating female sex workers, young people engaged in small trades and work as labour. SANGJOG aims to make a significant change to the integration of vital sexual and reproductive health and rights (SRHR) interventions and is working on to generate important evidence to aid the broader SRHR/HIV integration movement. During the year 2017 with the recommendation of government district authority of Cox’s Bazar, SANGJOG has taken initiative to incorporate the SRHR needs of the Rohingya Population in Bangladesh considering their vulnerability to HIV/AIDS.

Check this links for more details :

At the age of 19 and 21 years two brothers Rahsed and Rubel (pseudo name) are working in a workshop as laborers. Their father worked in abroad as migrant workers. 7 years back he returned back due to his illness. Since then they were struggling his father’s treatment. His father was informed about his HIV positive status at abroad and owing to cause he returned back.  He tried to disclose his status to his relatives but in spite of getting supp

ort their whole family was stigmatized. During the discussion session on HIV/AIDS in a Peer Education session, Rashed and Rubel discussed their sufferings particularly about to get treatment support. In discussion with SANGJOG supervisor it was found that they were tried to get treatment from the outdoor department of Medical College Hospital but they unable to get access to VCT center. With further discussion, it seems that his father did not disclose about his status in the outdoor department due scariness. At that time his father in bed ridden. With suggestion and address from Peer Educator, they went to the VCT center. It was found that except his mother other family members are free of HIV infection. Unfortunately their father died within a month due to secondary complications as he was not with Anti-Retroviral Therapy (ART). Now their mother is getting ART support and is in good health.

Since the start of violence in Rakhine State, more than 700,000 people, with most of them being women and young children, have fled Myanmar to Cox’s Bazar (part of Bangladesh). The momentum and scale of arrivals make this the world’s fastest growing refugee crisis. The incoming refugees are housed or have sought shelter in the temporary make shifts at Ukhia, Cox’s Bazar and its upazilas, where extensive pressure is being placed on resources. The Government of Bangladesh is responding to the crisis in partnership with national and international humanitarian and development agencies. To respond to this humanitarian emergency, SANGJOG is delivering health care, including reproductive health services, and has launched one health camp at Balukhali, Ukhia in September 2017 and another one at Kutupalong, Ukhia in December 2017 with the aims to:

Bangladesh has received world attention for its very high rate of child marriage. According to the Bangladesh Demographic and Health Survey (BDHS) 2014, the rate of child marriage (among the women who are currently aged between 20-24 yrs) has declined to 58.6 percent from that of 73.3 percent in 1993. The Multiple Indicator Cluster Survey (MICs) data also shows the declining trend of child marriage. The MICS 2012-2013 shows that 52.3 percent women (who are currently aged between 20-24 years) has got married before 18 yrs. which was 64.1 percent in 2006 (BBS, 2014). This gives the impression that the child marriage rate in Bangladesh is declining very slowly. As an inevitable consequence of child marriage, the girls start to discontinue from education and become pregnant. This child marriage induced discontinuation of education and teenage pregnancy violate the rights of girls, with life threatening consequences in terms of sexual and reproductive health. The high prevalence of child marriage also resulting in low socioeconomic status, high level of fertility and perpetuating the cycle of poverty and reinforcing the gendered nature of poverty.

Several agencies of the Government of Bangladesh and different national and international agencies are working to combat this problem of high child marriage rate in Bangladesh. As part of this effort, PSTC acting as a host as well as implementing agency of Hello I Am project with other two implementing partner organization, DSK and RH Step. Rutgers, providing technical support and project funded by IKEA foundation, Netherland.

The Hello, I Am programme incorporates the following strategies in a multi-component approach:

Hello, I Am envisions a supportive social environment that enables adolescent girls to enjoy their sexual and reproductive health and rights, free from all forms of child marriage. In the long term, fewer girls will be married before the age of 18, first pregnancies will be delayed and more adolescent girls will remain in school.

The programme is working with young people and their social environment, including parents, community members, and religious and community leaders.

HIA is working in 6 Upazilla of PSTC, RH Step and DSK: